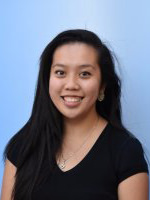 Ms. Diana Bui serves as the Programs Manager at the Center for Pan Asian Community Services, Inc. (CPACS). Ms. Bui’s involvement at CPACS started as a high school youth member of the CPACS’ Community Action for Teens (CAT) Program. After receiving her bachelor’s degrees from the University of Georgia, Ms. Bui joined AmeriCorps VISTA. As a VISTA, she helped establish a skills-based volunteer program at Hands on Atlanta. In 2012, Ms. Bui returned to CPACS as a member of the Refugee Department and has been instrumental in implementing, coordinating, and evaluating the CPACS federally funded Refugee and Employment Services. In addition, she leads the agencies’ advocacy activities for the Georgia Immigrant Alliance for Civic Empowerment Coalition. In 2014, she was nominated to serve as the Georgia World Refugee Day Event Co-Chair. Since 2017, she served as the Event Co-Chair for 2016 and 2017 CPACS’ Annual TEA (Together Empowering All) Walk. Center for Pan Asian Community Services, Inc. (CPACS) is a private nonprofit located in Atlanta, Georgia. Our mission is to promote self-sufficiency and equity for immigrants, refugees, and the underprivileged through comprehensive health and social services, capacity building, and advocacy. 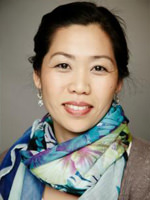 Marianne Chung is Senior Director of Community Initiatives at the Asian & Pacific Islander American Health Forum (APIAHF), a national health justice organization which influences policy, mobilizes communities, and strengthens programs and organizations to improve the healt h of Asian Americans, Native Hawaiians, and Pacific Islanders. Marianne is responsible for directing the organization's work to build a national network of community based organizations and health leaders for collective action, as well as overseeing APIAHF ’s launch of new innovations and strategies for network development. Marianne has almost fifteen years’ experience working with Asian American, Native Hawaiian, and Pacific Islander community based organizations and multicultural coalitions to expand acc ess to health care, improve the quality of care, and increase investments in community - driven health strategies. Marianne’s experience focuses on development national networks for action, training and technical assistance, strategic planning, group facilit ation, leadership and organizational development. Erica Clemmons Erica is a Community activist at heart, who believes that we should have full access to all civil and human rights equally. Her fight for economic and social justice started as a political o rganizer with The United Food and Commercial Workers Union local 1996 in Atlanta Ga.. Erica has a passion and commitment to build Young People’s involvement in the movement of social and economic justice. Currently as the State Director for the Georgia Ch apter of 9to5 Working Women, Erica fights to end employment discrimination for women and girls. 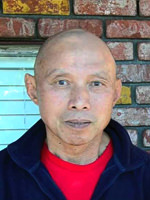 Henry Der is a senior program officer at Four Freedoms Fund, a national funders’ collaborative that supports immigrant rights groups in 25 states. For more than 22 years, he was the executive director of the membership-supported Chinese for Affirmative Action, working to promote the civil rights of Asian American and other racial minority groups in employment, education, voting and access to public services. A former Peace Corps volunteer in Kenya, Henry has taught English as a Second Language to adult immigrants, and also served as Deputy Superintendent of Public Instruction at the California Department of Education, with oversight responsibilities for programs that address the needs of adult immigrant, at-risk and special needs students. The State Superintendent of Public Instruction appointed him to be the State Administrator to bring Emery Unified School District out of fiscal bankruptcy. Henry has been a co-chair of Friends of Educational Opportunities for Chinatown that led a community-wide campaign in support of the construction of the SF City College Chinatown/North Beach campus facility serving over 6,500 adult immigrant students. He also currently serves on the Angel Island Immigration Station Foundation Board of Directors. 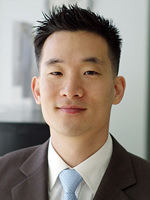 James Hong is a Co-Director at the MinKwon Center for Community Action in Flushing, New York. Now and in his past roles at the MinKwon Center, James has coordinated MinKwon’s efforts in coalition-based civic engagement of Asian American voters in New York City and beyond. He has overseen collaborative efforts on voter mobilization and GOTV, voter education, candidate debates, as well as community participation in the Census and advocacy around the redistricting process. James is an immigrant from South Korea and raised in Florida. He holds an A.B. in Government from Bowdoin College and an M.Div. from Princeton Theological Seminary. 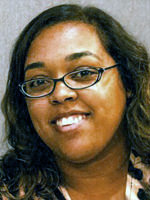 Laura Martin is PLAN’s associate director. She coordinates and executes the communications plan for the organization and each PLAN program, supervises staff and ensures smooth implementation of PLAN programing in southern Nevada. She is a graduate of Colorado State University with a strong background in social and racial justice issues and community organizing. Laura serves on the board of the Nevada Youth Network, Clark County Social Services Community Action Committee, executive board member of the Sierra Club in Nevada, and is a member of the National Coalition of 100 Black Women, Nevada Chapter. 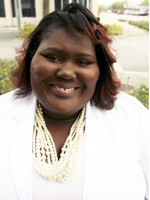 Francesca Menes, a 2016 candidate for Florida House of Representatives, District 108 is the Director of Policy and Advocacy for the Florida Immigrant Coalition (FLIC). She was born and raised in Miami's Little Haiti community. She graduated from Florida In ternational University, earning her BA in Political Science and Women's Studies and her Master's in Public Administration, with a certificate in Community Development. She leads the development and implementation of strategic legislative, policy and voter engagement campaigns. She conducts policy analysis, drafting and proposing legislations and recommendations before state and local bodies. In addition to representing FLIC with various national organizations, she sits on the National Steering Committee of the Black Immigration Network and also co - coordinates #Rights4ALLinDR, a broad coalition of organizations and individuals advocating for human rights and dignity in the Dominican Republic. In 2014, Miami - Dade County (MDC) Commissioner Sally A. Heyman re - a ppointed Francesca to an additional 4 - year term on the Commission for Women, where she is a past 2nd Vice - Chair. She also serves as Secretary of MDC Community Action Agency (CAA) Executive Board, appointed by Commission Chairman Jean Monestime. Francesca, most recently completed a 2 - year term as the Vice - President of Communications and Administration for the Miami - Dade Young Democrats (MDYD). Francesca has received numerous honors and recognitions, including Haitian Lawyers Association Advocacy Award, and being named one of 20 under 40 Emerging Leaders in South Florida by The Miami Herald. Francesca is also a 2016 candidate for Florida House of Representatives, District 108. 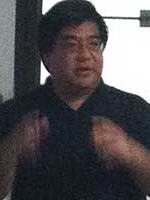 John founded (and has since managed) the Center on Civic Engagement in 2013, bringing over 22 years of experience in field, communications, technology/IT recruiting, and strategic planning. His work since and prior to founding COCE has allowed him to apply his unique skills to non - profit campaigns and initiatives all over the country (in over 30 states). John has extensive experience working with non - partisan organizations. As the principle of Crossroads Campaigns, John was the managing consultant for the We Are America Alliance, an FFF grantee comprised of national and st ate field groups, beginning in 2009. John founded the Center on Civic Engagement to continue his non - partisan work in Latino and African American communities, and to being his work with emerging API groups. Over the last few decades, John has built and sustained his current client base of over 50 organizations by providing long - term technical assistance and support that is unique to each organization’s needs and situations. 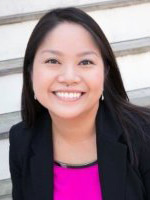 Tram Nguyen is the Co - Executive Director of New Virginia Majority (NVM), a multi - racial, multi - issue organization. She leads NVM’s civic engagement efforts that have touched over 1 million voters of color in Virginia, educating and mobilizing voters on social and economic just ice issues. Working with partners, she anchors civil rights initiatives throughout the state, including efforts leading to the historic executive order restoring the voting rights of all formerly incarcerated individuals in the Commonwealth. Her advocacy w ork on democracy, immigrants’ rights, criminal justice, climate change, healthcare access, and economic opportunity explore the intersections of social, racial, environmental and economic justice. Prior to joining NVM, she was a Program Manager for the Wo rld Trade Center Rescue and Recovery Program, and a Director at Boat People SOS, running a multi - year Katrina Aid Today program for immigrant families in the Gulf Coast. She is an alumna of Barnard College; a 2011 Lead the Way Fellow at the NYU Robert F. Wagner Graduate School of Public Service and a 2012 Executive Fellow at the Center for Progressive Leadership. Kimlee Sureemee Kimlee Sureemee is a Policy - Advocacy & Development Manager at Asian Services In Action, Inc. focusing on civic engagement in the Asian American & Pacific Islander (AAPI) and new American communities. Working nearly 5 years at ASIA, Inc., Kimlee knows first hand that communities who work together are communities that change together. Kimlee has created and developed successful partn ership managing the largest AAPI and new American civic engagement network in the State of Ohio, the AAPI Civic Engagement Network of Ohio (ACE Network), focused on meaningfully engaging immigrant communities in the electoral process that supports capacity building and community development. In addition to her work, she has experience in media and communications along with fund development and event planning. She has secured donations from big corporations such as Chase Bank, MetroHealth Systems and the Cle veland Cavaliers; landed coverage in print and broadcast outlets both nationally and regionally including NBC Asian America and Cleveland.com ; and oversees ASIA’s volunteer management program. Kimlee holds a degree in International European Affairs from Cleveland State University. 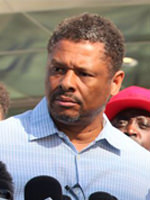 Christopher Rice-Wilson received a Bachelors degree in History and Ethnic Studies from the University of San Diego and is the Associate Director at Alliance San Die go. In addition to administrative and operational duties, he is responsible for strategic direction and implementation of civic engagement programs that empower and motivate communities of color, low-income communities and immigrant communities to actively engage in the civic process. Christopher has been an integral part of Alliance San Diego building one of the largest and most effective civic engagement programs in the region. Christopher is also a respected member and co-founder of Collective Purpose, a group of spoken word artists and activists dedicated to uplifting people through art. The group is responsible for creating San Diego’s longest-running open mic poetry showcase, “ELEVATED!” and the nationally ranked San Diego Slam Team. No matter if Christopher is working as activist or artist, he is dedicated to empowering the marginalized and oppressed through building bridges, creating collaboration, and identifying common issues. Christopher’s art, life experiences, education, training, and work g ive him a deep understanding of the complexities involved with empowering people. He is inspired by his family, artists, co - workers, and close friends who keep him honest and hopeful!